Late one day in August, Rahul and Jessica went for a walk around Oakes Garden Theater, located directly across from Niagara Falls. When all of a sudden, he drops to one knee and asks her to marry him, in front of everyone and anyone. Luckily I  was there to capture this with my camera…

A little back story:

Actually Rahim had contacted me ahead of time letting me know he wanted to get engaged to Jessica in front of Niagara Falls, but he wasn’t interested in being right in the middle of everything, wanting to have his Niagara Falls engagement somewhere a little more private;  so he and I worked out a plan of where and when we would meet, chose a time when there may be a few less people around, we described each other and outfits.

When the time came, I was walking in the area and we acknowledged each other, and since he was in such a great spot I kind of nudged him into doing it there, which I’m very happy for as the backdrop of these pictures are amazing. You with think for most of it there was not a sole in the park (through that was not the case).  A successful Niagara Falls engagement – Rahul and Jessica- enjoy!! 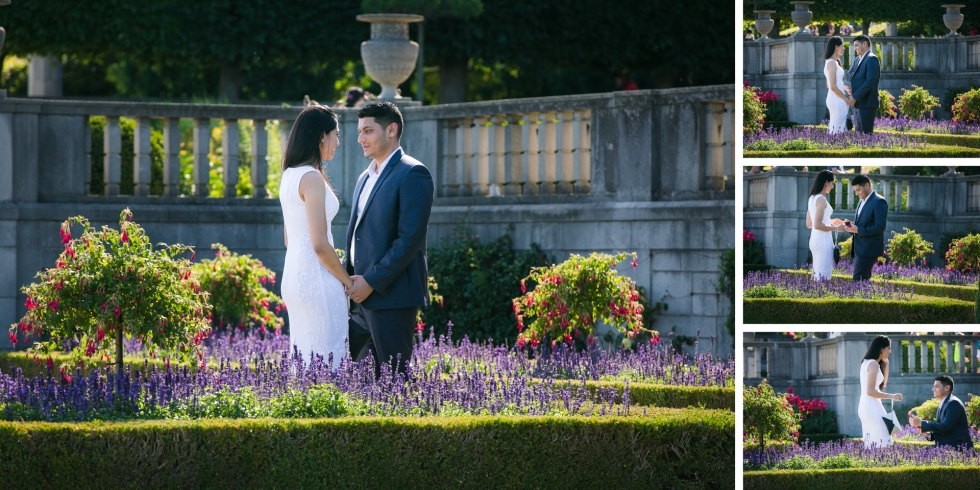 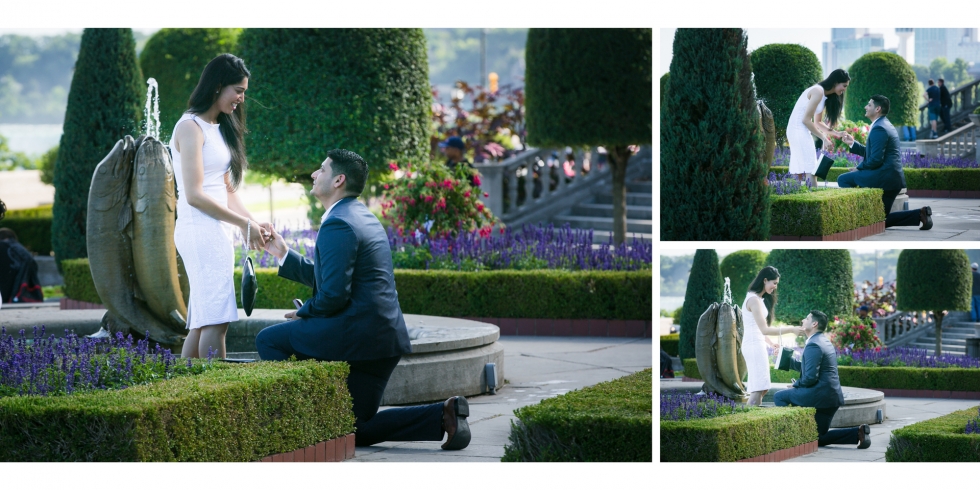 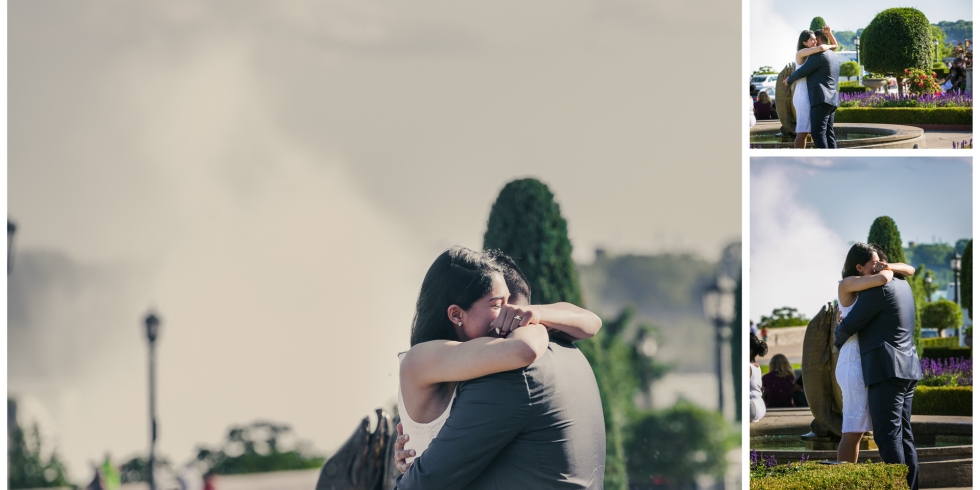